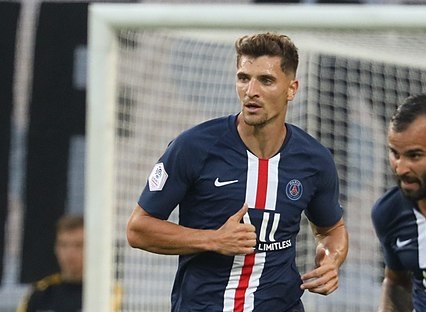 Paris St. Germain’s Thomas Meunier would swap PSG for only Manchester United as per reports from Paris United.

The Belgian right-back has admitted he loves Paris, the fans and feels very comfortable with his family in the City of Lights. However, his contract situation at his current club is far from ideal.

PSG reportedly want to extend his current contract without raising his wages, which is far off from the current demands of the player and his agent.

The defender could move for free next summer if his contract situation at PSG is not resolved. Amidst his transfer saga, the French media outlet has confirmed that Meunier expected an offer from Manchester United in winter.

The 28 year old is a fan of Manchester United and is ready to move to the club he supports. Manchester United have not expressed their interest on the player yet. Muenier has played for PSG 15 times in Ligue 1 this season and grabbed just one assist.