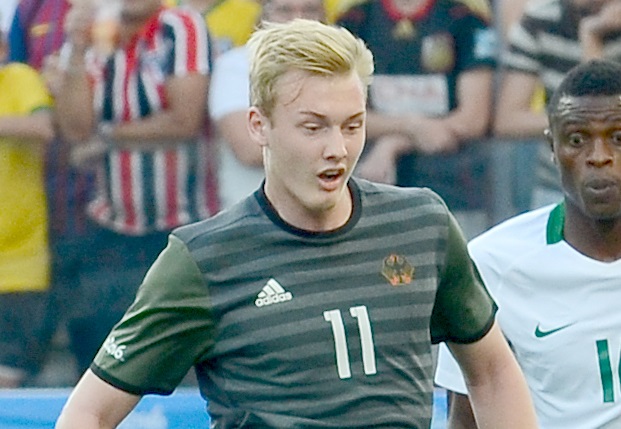 Bayer Leverkusen’s Julian Brandt is reportedly wanted by Borussia Dortmund (BVB) and there was a secret meeting that took place between the player’s father Jürgen Brandt and Borussia Dortmund’s sporting director Michael Zorc as per reports from the German Tabloid Bild.

Julian Brandt has pocketed 5 goals and 11 assists for Bayer Leverkusen from 30 appearances in the Bundesliga this season. Bayern Munich, who were earlier interested in the player, have now turned attention to other targets after not being convinced at the winger’s consistency.

This leaves potential suitors with a huge opportunity to sign the player for just €25 million, thanks to the release clause in his contract with Bayer Leverkusen. The winger is contracted to the German club until 2020.