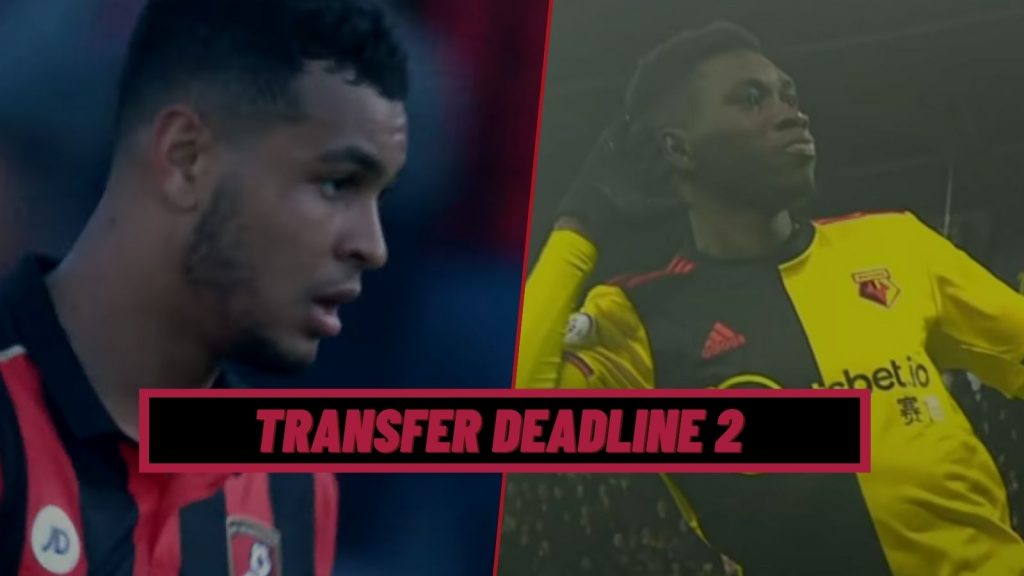 After missing out on Jadon Sancho and Ousmane Dembele, Man Utd frantically signed 2 wingers on the last day. Amad Traore and Facundo Pellistri for a combined total of £46m including add-ons. Despite the massive sum mentioned, both players have very little experience in the top-flight and are regarded within Old Trafford as signings for the future.

With Utd starting the season poorly, it wouldn’t come as a surprise if Man Utd try to fill the gap in the right wing with a player who has already played in the Premier League. Watford’s £27m record signing Ismaila Sarr was once on the radar of Liverpool before Jurgen Klopp opted to sign Jota from Wolves.

Despite Watford’s poor season last year, Sarr registered five goals and a further four assists. On the final day of deadline day 1, Ed Woodward tried to sign Sarr on loan but Watford made it clear they wanted a permanent move. Utd might make a last minute move to sign Sarr and address their immediate problem at the RW position.

Tottenham Hotspur are in talks with Championship club Swansea to sign centre-back Joe Rodon. The figure being discussed is between £10m and £15m. The 22 year old has put on some impressive performances for the Welsh club.

The young centre-back is also wanted at West Ham. David Moyes wants to bolster his defence after the Hammers lost their first 2 games but they have since turned the table by winning 2 on the trot. If a significant bid is made, Joe Rodon’s move to the Premier League in this window is highly likely.

Joshua King was wanted by both the Red Devils and Tottenham Hotspur in January. However, a return to Old Trafford is unlikely now for the forward after Cavani’s move to Man Utd. Meanwhile, Spurs have also signed Carlos Vinicius.

In 131 Premier League matches, King has scored 48 goals for Bournemouth and has his heart set on a return to the top-flight. Fulham are the the favourites to sign the forward but other Premier clubs including Aston Villa and Brighton are monitoring the situation.

The bright spark of Norwich City’s dismal campaign last year was Todd Cantwell. The exciting young midfielder stole the show last season when Norwich City upset the then defending Champions Man City. Pep Guardiola’s side started to keep tabs on Todd after that extraordinary performance. However, nothing progressed beyond that and City have not expressed interest in the player.

While City signing Cantwell in this window is unlikely, Todd Cantwell can provide Pep Guardiola with a different option in midfield especially with games coming thick and fast in a season that started late due to COVID-19. Meanwhile, Man Utd are also interested in the Canaries midfielder even though a move for Todd to Old Trafford is also unlikely in this window.

Said Benrahma scored 17 goals for Brentford in the Championship last season. The Algerian topped the charts in various stats including the number of shots on target, dribbles attempted and passes in the final third. Numerous Premier League clubs including West Ham are keeping tabs on the player and could turn to him in the final days of the domestic window.

Brentford eliminated Fulham from the Carabao Cup with Benrahma scoring a brace. Speaking after the game, Brentford’s manager Thomas Frank added to the transfer speculation by saying “Either we are going to get a top price or we are going to keep one of the best players in the Championship.”