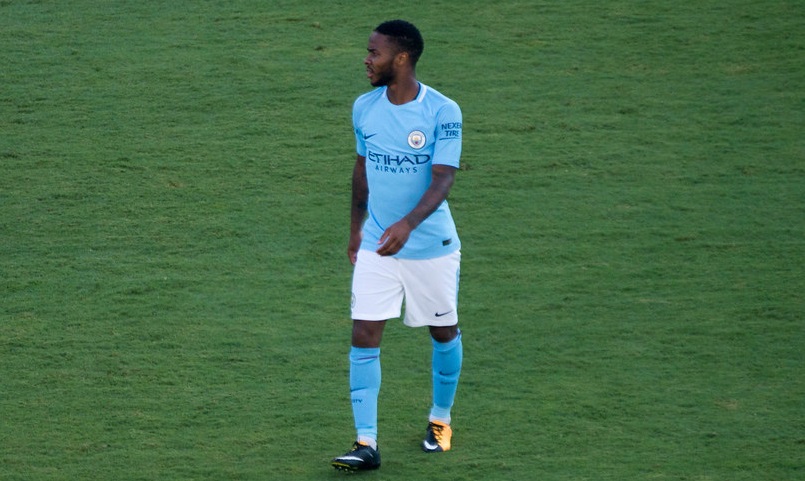 Rio Ferdinand, the former Manchester United skipper, has slammed Gareth Southgate for publicly announcing his decision to drop Raheem Sterling for England’s next match against Montenegro.

Raheem Sterling had an altercation with Joe Gomez after the later refused to give him the ball and shoved him during Manchester City’s clash against Liverpool. The two players met a day later when they trained for England and Raheem reportedly had confronted the Liverpool defender for his nasty behaviour.

The Daily Mail reported that Liverpool defender Joe Gomez and Sterling had to be separated by teammates on Monday after a physical confrontation. However, both players resumed training today alongside each other. It is worth noting that Sterling conveyed via an Instagram post that both players exchanged words, figured things out and have moved on.

Rio Ferdinand believes the Southgate should have handled this situation better after praising him for handling situations brilliantly up until this situation. He highlighted that this matter should have been resolved behind closed doors.

He has slammed the England manager for bringing this matter out in public. Ferdinand mentioned “he was all for public shaming & discipline if was a terrible incident’ but for this incident, the decision doesn’t make sense.

Going by the altercations that happen inside the dressing room, this was the “equivalent of the intricate handshake embraces that are all too familiar today”, the former United captain claimed. He went on to suggest the England manager has hanged the player out to dry by exposing him to media scrutiny.

He has conducted himself in an admirable, eloquent & engaging way. Helping to make a nation feel like they can have some sort of confidence & respect for the national team. However, I feel this incident could have been handled better.

“Keep it behind closed doors & deal with it internally surely?! Come international week, it’s meet up time between Sterling & Gomez… Raheem Sterling was still upset with Gomez about the result on Sunday & their little pushing/words said during the Liverpool vs Man City game.

“So he has obviously gone into the England camp heated and gone for Gomez, [and] in doing so grabbed Gomez by the throat. Obviously as a manager I’m sure having a harmonious squad is the best scenario – handshakes and hugs on sight not confrontations. But let’s be honest now this kind of stuff isn’t uncommon in squads full of testosterone.

“In the various squads I have been a part of I have seen players get punched in the face, ribs broken, nose busted, head kicked like a football…..a throat grab was the equivalent of the intricate handshake embraces that are all too familiar today! The main question is: Why this couldn’t be handled internally?

“I suppose the management have felt it would be better to nip it in the bud prior to the press, agents, family friends leaking the news. However, the worst case on this instance would have been someone asking in a press conference ‘what happened between Raheem & Gomez, we heard there was a fight’. Easy answer and we have a game to concentrate on. Incident done and dusted. No player looks any worse, we move on.

“Now Raheem is left to defend himself from all of the haters that had had their keyboards turned off due to him becoming a very worthy ambassador for the English game, and rightly so.
“If this was a terrible incident then I would be all for public shaming & discipline. But for this ‘throat grab’ that we are told it’s for I can’t understand it.

“Gareth would no doubt have seen worse many times during his time as a player and manager. I just feel this could and should have been handled better to support the player and not hang him out to dry.

“One of our world class players who has conducted himself wonderfully through racism and unwarranted criticism in an England shirt will now come under more scrutiny and be vilified in the media no doubt – when this could have been dealt with internally. Hindsight is a great thing though.

“It seems to me, Raheem felt embarrassed by all that went on at the weekend…. a sign of winning mentality….. however chanelled wrongly. Help educate him!”