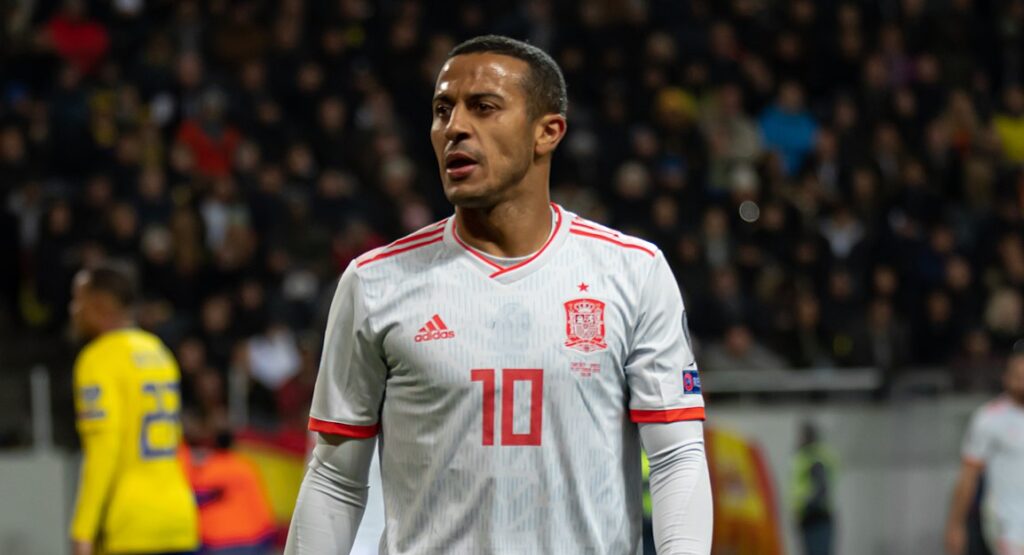 Liverpool have been unusually quiet in this transfer window after spending big on players in the last two seasons. That is set to change now as Bayern Munich have accepted a €30m bid from Liverpool with add ons included.

The Spanish midfielder was instrumental in helping Bayern Munich win the Champions League and wanted to explore the twilight of his career in the Premier League. Thiago had his head turned by Jurgen Klopp who has revived Liverpool. The German manager lead the Anfield outfit to a Champions League triumph in 2019 and the Premier League title in 2020.

Thiago Alcantara will sign a 4 year contract that ends in June 2024. Many Liverpool fans consider the €30m fee for the midfielder to be a bargain but the 29-year-old had just a year left on his Bayern Munich contract and the German Champions wanted to cash in on the opportunity rather than let him leave for free next season.

The 29 year old is happy with the personal terms in the offer presented by Liverpool. Manchester United are set to miss out on another target in a disappointing transfer window for the Red Devils. The 20 time English Champions also missed out on signing Reguilon from Real Madrid after courting him through out the window.