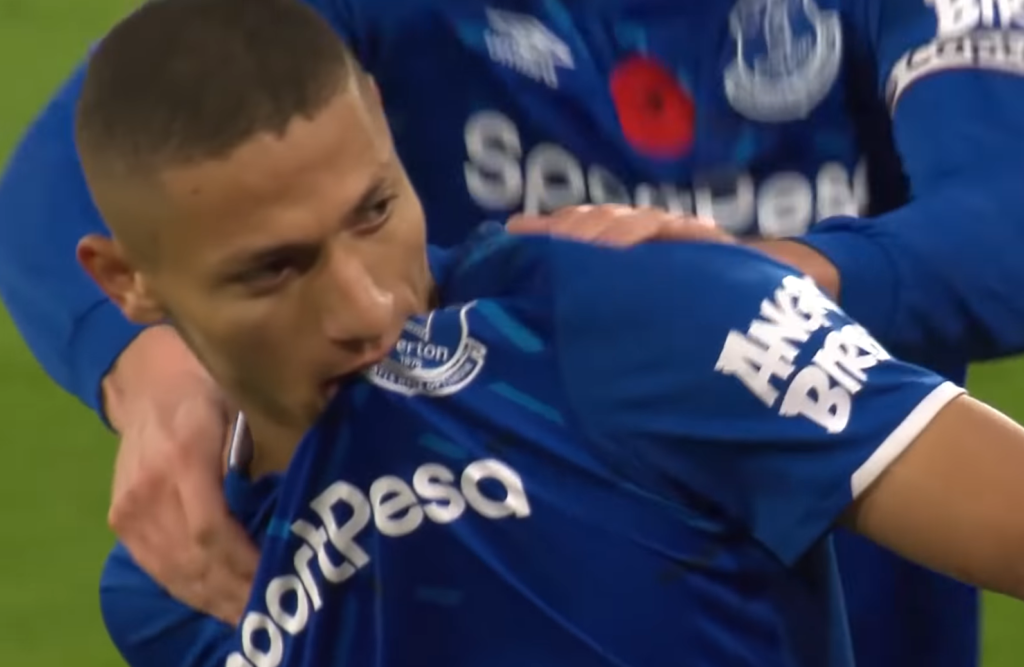 Richarlison has been one of Everton’s key players since he made the switch from Watford to Everton for an initial transfer fee of £35 million.

The Brazilian International’s performances got the likes of Manchester United interested in the services of the player but Richarlison squashed rumours of a potential exit from Goodison Park by signing a contract extension in December.

The 23 year old is contracted to Everton until 2024 and the Brazilian attacker has indicated he wants to stay at Everton in the long-run. The Everton number 7 hopes to make a spot in the Brazil national team his own by impressing with his club performances.

“My goals are very clear in my head and they are interconnected. Since I arrived, I have always stated that I want to be victorious playing for Everton. I want to help take the Club back to a prominent position and win trophies with Everton.

“I would love to achieve this goal and be remembered as a great player in the history of the Club.

“Regarding individual and long-term goals, my great purpose is to continue to be called up by Brazil and gain more importance in the squad, then have the opportunity to play in a World Cup.

“For that to happen, I need to continue performing well and scoring goals for Everton.”

In less than three years Richarlison has spent in the Premier League, he has scored 28 goals despite being only 23.

Since Carlo Ancelotti’s appointment, Everton have improved massively and now sit in 6th place despite starting poorly under Marco Silva. Everton fans would be hoping to see their club book a Champions League spot next term with the club showing ambition by appointing three time Champions League winner Carlo Ancelotti as their manager.