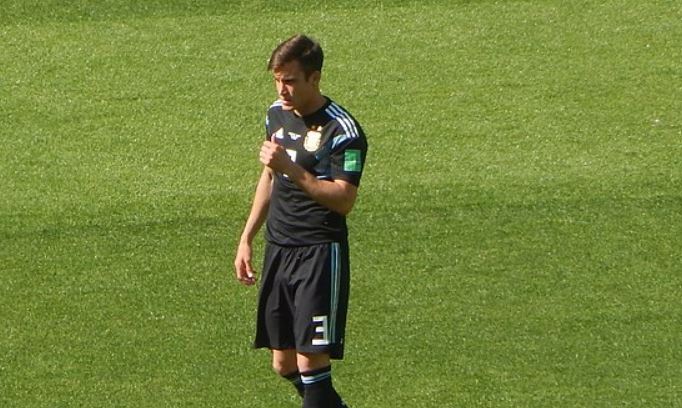 With Junior Firpo struggling to impress the Barcelona hierarchy, the Catalan club have now started to monitor Ajax left-back Nicolás Tagliafico, as per Mundo Deportivo.

The 27 year old Argentine International has played 24 times for the Eredivisie Champions this season and has scored 3 goals and grabbed 4 assists.

The left-back was close to joining Atletico Madrid last summer but Ajax director Overmars decided against selling the defender after having already sold De Jong to Barcelona and De Light to Juventus.

With Ajax reaching the semi-finals of the Champions League last season, the top La Liga, Serie A and Premier League clubs started circling AFC Ajax’s young talented squad. In the summer of 2019, Overmars convinced Tagliafico to stay for one more season with the promise that he would be allowed to leave in the summer of 2020 even though he is contracted to the club until 2022.

Barcelona have reportedly had multiple meetings with the Argentine’s agents and are now planning to step-up their interest in the full-back by contacting Ajax for the defender when football resumes. The defender already has a few friends in the Barcelona dressing room, including his International captain Lionel Messi and his former Ajax team-mate De Jong.

With Chelsea also monitoring the full-back, Ajax are expected to demand over 40 million Euros for Tagliafico.